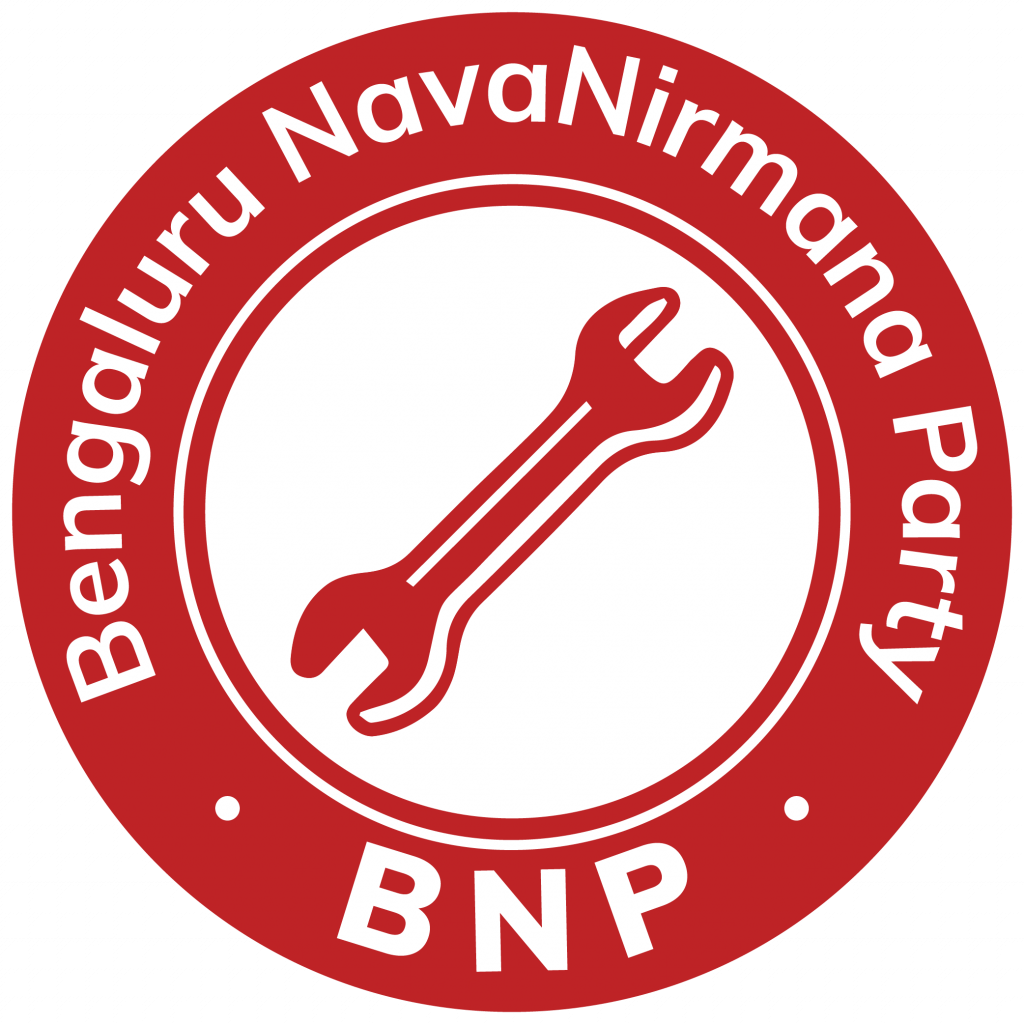 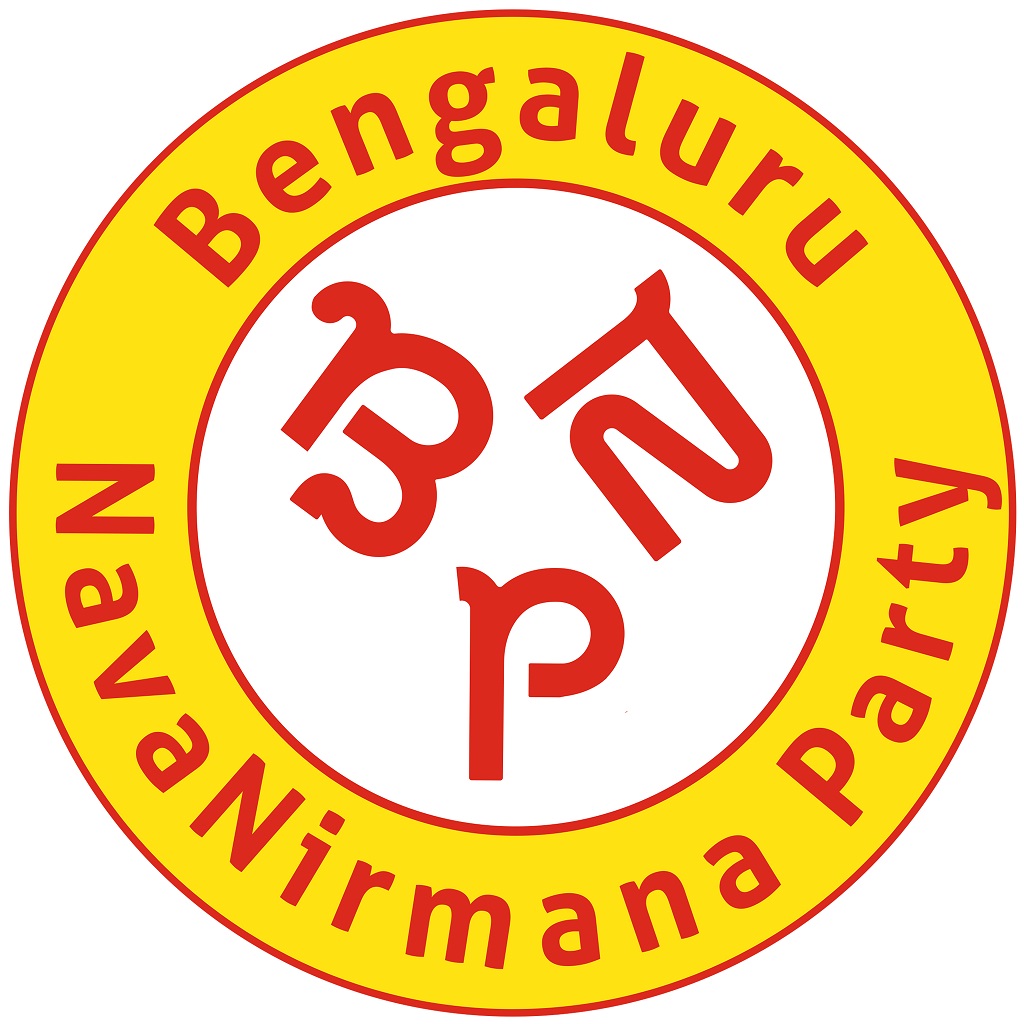 The fundamental verdict on the budget is that it is a bad budget primarily because of quite a few things that need to be addressed at a very fundamental level which have not been done so, at all. The following are significantly conspicuous by their absence in the budget –

HEALTHCARE – One would have thought that BBMP would have learnt its lessons from the Corona pandemic but clearly no lessons have been learnt. Primary & preventive health are extremely important aspects of the city which have been completely ignored in the past. And there is no mention of this in the current budget even though there is a mention of â‚¹337 cr allocated for healthcare. We need at least 5% of BBMP’s budget to be allocated to healthcare with primary & preventive health camps to be offered to all the underprivileged sections of the city running into many lakhs of people. BNP has conceptualized and implemented a unique health programme called Nimma Arogya through which primary & preventive health can be delivered every year to 20 lakh people at their doorsteps with a very nominal budget of â‚¹20 – 40 cr. This can be evaluated and adopted by BBMP. Also, every ward needs a dedicated Primary Health Center & a 24×7 ambulance!

FINANCIAL MANAGEMENT – Financial management in BBMP is in absolute shambles. Accounts are never prepared and audited on time, sometimes delayed by many years. The publicly available accounts have very little details for anyone to even start analyzing the financials in a meaningful manner. The BBMP needs to get its house in order in terms of creating accounts within 6 months of completion of a financial year, getting them audited properly and presenting them will full details to the public, including details of projects. There is a complete lack of mention of this aspect in the BBMP Budget, apart from a cursory mention of constitution of committees for audit!

EMPOWERING CITIZENS THROUGH WARD COMMITTEES & AREA SABHAS – While there are a couple of aspects of footpaths & parks where Ward Committees have been empowered in the budget, there is a complete lack of mention of Area Sabhas in the budget. Area Sabhas need to be constituted in every ward, with at least 10 Area Sabhas per ward comprising citizens of the area, who need to be empowered to take decisions on projects relating to their areas. These Area Sabhas can also play a crucial role in property tax collection, decisions on local projects, managing pandemics like Corona etc. This aspect of governance along with decentralization of power / finances and empowering citizens is completely missing in the budget!

EDUCATION – There is only a cursory mention of allocation of â‚¹ 33 cr to BBMP schools and providing financial assistance to high-performing students & staff, however there is a complete lack of mention on the upgradation of the existing BBMP school infrastructure along with upgradation of curriculum and teaching methods too. Like healthcare, BBMP needs to reserve at least 5% of its budget to education, which again is completely missing in the BBMP Budget.

POTHOLES & BAD ROADS – The emphasis is always on large projects like white-topping of roads which are utterly meaningless and only offer the scope & conduit for misappropriation of funds. Ironically, the main and arterial roads which are taken up for white-topping are the ones which are already in good condition and do not need any kind of upgradation. The problems dogging the city like bad roads & potholes of the thousands of kilometres of sub-main and side-roads of the city have not been addressed in the budget at all! This is the crying need of the hour and a solution to the same is completely missing in the budget.

SOLID WASTE MANAGEMENT (SWM) – The Government of Karnataka recently announced the creation of a new agency to manage SWM for the city. There is no clear plan in the budget on tackling the burgeoning garbage problem and the creation of a new agency which has been envisaged by the State Government, is a completely retrograde move, with one more agency getting added to the long line of non-performing Government agencies, without any accountability & transparency. We already have enough Government agencies like BWSSB, BMTC, BESCOM, BDA etc. which are all mired in corruption, inefficiency and lack of accountability without any transparency. The proposed new SWM agency gets added to the long list of such agencies without any clear game plan for the same! A totally retrograde move!

USING TECHNOLOGY / SYSTEMS TO MAKE PROCESSES TRANSPARENT & EFFICIENT – While there is a mention of creating software for E-Property & Ease of Doing Business, there is no mention of how it is proposed to be implemented. In the past, half-baked and ill-thought through projects have been the bane of BBMP and the city and in the absence of specifics, these projects seem to be destined to go the same way too!

CONTRACTOR PAYMENTS – BBMP Contractors have not been getting their payments on time and there is no mention of how they are going to be paid, with outstanding payments of â‚¹10,000 cr due to contractors, being estimated. This issue has been keeping good contractors away from BBMP and attracting a lot of nefarious contractors!

While there are some aspects of the budget which are good, like allocation of â‚¹20 lakhs to each Ward Committee for footpath repairs, bringing maintenance of parks under the oversight & purview of Ward Committees, creation of tree parks, experience centers etc., this is precious little for a city whose problems have already spiralled out of control. The city needs a full-blown surgery with newer methods & newer people, however BBMP continues to engage in token initiatives here and there, which will not take the city any further in any direction.

Overall, this BBMP Budget gets a huge thumbs down from BNP. BNP’s views on specific aspects of the budget are described in detail in the annexure here.